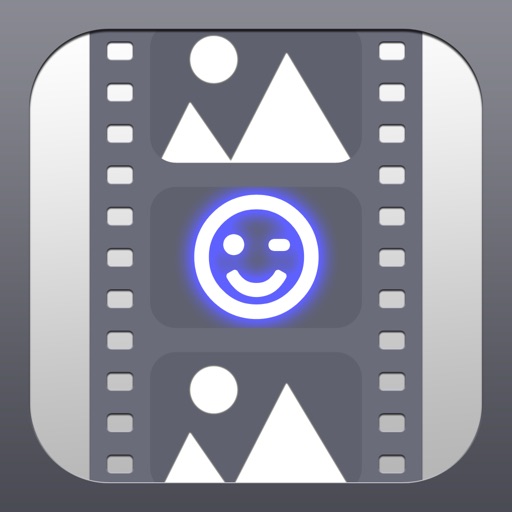 Subliminal Video is an application that allows you to add hidden images and messages in your videos.
Select and customize as many video frames as you want, replacing them with new images and texts.

Most of the viewers won't consciously see those hidden images, which are displayed for a very short time.
They can, however, have an unconscious impact on their mind.
Use this application just for fun, or to trick your friends.

It is now possible to create videos like the famous “Drink Coca-Cola” and “Eat Popcorn” controversial subliminal advertising (in 1957 by James M. Vicary).
More recently, the movie Fight Club also used subliminal flashes to insert hidden pictures of Tyler Durden at different points in the movie.

Add a unique look to your videos, changing multiple frames to create a specific effect (add color to some images, zoom on a part of the images, change the image, display custom text,...)

The application can also be used to tag small parts of the videos with a text of your choice (for instance your signature), so there will be a visual (but slightly hidden) proof that the video is from you.


You will find the original and intuitive user interface, common to all our videos applications.
These applications have been featured many times by Apple and various websites.

This application, can run on your iPhone and your iPad.
Portrait and Landscape orientations are supported in all screens.

DISCLAIMER : This application is for entertainment only and should not be used for any mind therapy functionality.

Here are the new features of this version 4.0 :

- Media can be imported into the application using the standard photo picker (its content is similar to Apple's Photo application).
- Media can be imported into the application using the standard file picker (its content is similar to that of Apple's Files application).
- When the media is saved to the camera roll, it is automatically associated to an album named "Subliminal Video".
- The previously selected video is now highlighted in blue in the video selection screen.
- iTunes File Sharing has been renamed File, since it is now possible to access media using Apple's File application as well.
- The iTunes File Sharing folder is now visible/modifiable in the Apple Files application.
- The exported video will be HEVC if the input video is HEVC.
- The filename of the exported video file is now prefixed by the original filename of the source video, followed by the current date and time.
- Smaller memory usage on older devices (with less than 1Gb ram) running iOS12 or higher, to avoid some potential crashes.
- The request for review popup is displayed less often.
- A small tutorial is displayed while using the app to learn the basics.
- The duration of the video is now displayed below the thumbnail in the video selection screen.
- Smaller fixes and improvements


If you like Subliminal Video, please leave a comment on the App Store, and let your friends know about the app :)
Thank you!